On the more trivial side of life The Giants flames out in the play-offs against Philadeplhia. Philly was the only team I was afraid off an unfortunately my foreboding came to pass. Still it was a good season.

Our small group at Church took a hit when one couple left. However, the two remaining couples have decided to stay together and also find a new church together. So far, this has resulted in a much closer relationship between us all and I believe it will be good thing.

Work has been really tough. We had a big RIF (reduction in force) a couple of weeks ago. This meant I had to lay two people off. This is one of the hardest things I have had to do, primarily because it was two good people who did not deserve it. Firing is one thing, that is self inflicted and deserved. A RIF. not the case. I have a major conflict about it because my faith say we are to live a fair, compassionate life so this action goes against this. However, as a Christian I am also called to do the best I can in everything I do and this includes work (as long as it is does not go against God's teachings) so therefore as this was a required I did the best I could. A great paradox of trying to be Christ-Like living in the World. Plenty to ponder going forward.

-Richard
Posted by Richard at 10:02 am No comments: 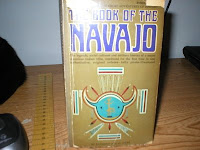 "The Book of the Navajo" written by Raymond Friday Focke. 464 pages.

-Richard
Posted by Richard at 5:04 pm No comments:

It's been a tough week in so many ways. 2009 has not started off particularly well, but, today whilst in line at the grocery store I had to smile. The person two places in front of my could not afford all her groceries. As she left the store the guy behind her and in front of me paid for the item that was left and got the cashier to run out and give it to her. A small gesture that did not cost much, but, that is what life is about, not the corporate greed, violence and hate we see everyday.

-Richard
Posted by Richard at 3:05 pm No comments: 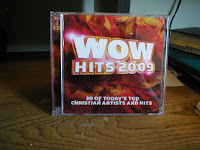 -Richard
Posted by Richard at 3:37 pm No comments:

It's always hard to write a review of a year as there is always good, the indifferent and the bad. So, I will try and compartmentalize it into sections - 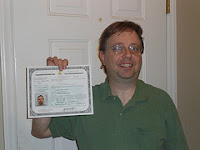 In Summary 2008 was a very busy, too busy and way too stressful. It's by far the most stressed I've felt in my life. For 2009, yes it's going to be busy and stressful, but, I need to reduce it somewhat and I think actions like cutting back a bit here and there, finding a good church, continuing to read, listen and play music and continuing to develop close friendships will help.

-Richard
Posted by Richard at 10:25 am No comments:

I finished reading (well not strictly!!): 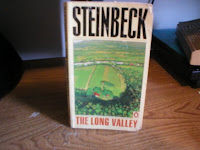 This a collection of short stories written by Steinbeck. Although generally I am not a fan of short stories I really liked this collection. The reason I said I had "not strictly" finished this book is that I have already read the two stories last year in a separate book, "The Red Pony" so I did not read them again. The stories I read were - "The Chrysanthemums", "The White Quail". "Flight", "The Snake", "Breakfast", "The Raid", "The Harness", "The Vigilante", "Johnny Bear", "The Murder" and "Saint Katy the Virgin".

-Richard
Posted by Richard at 10:06 am No comments: