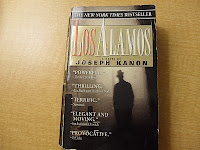 -Richard
Posted by Richard at 12:32 pm No comments:

So, what do I think of the infamous health care bill passed by Congress this week?

I guess, most people who know me would think that I would be ecstatic. I am pleased that it is a step in the right direction, but, not particularly happy because the bill, although it is progress it is still watered down too much and once again the individual personal politics, biases, irrational fears and kick-backs of the members of congress produced a weak bill. In the end of the day those making too much money out of the sick still get to do so. In my opinion this is almost like an insurance watchdog law, similar to car Insurance rather than a wholesale change. By this, I mean the government controls rate increases, the refusal of treatment and discrimination for pre-existing conditions. Yes, it will mean more people will be able to afford health care, but, it still has way too much power in the hands of the insurance companies and not the doctors.

What, I don't get is the complete hysterical reaction by the right. In a way they've won. This is not a "socialised" health care. It is no where near. In fact for those people who already have healthcare they "should" see a premium decrease because the extra premiums to cover those who go to emergency rooms with coverage etc.. etc.. should now not happen.

A long, long way to go and as I posted previously let's get away from this selfish party politics and personal gains and for once do what is right for all the Citizens of this Country.

-Richard
Posted by Richard at 11:42 am No comments:

I didn't go to Church today because I have picked up some virus and did not feel so good. So, I spent some time thinking. A dangerous thing I know. I guess my thoughts started by focusing on health care as it's so predominant in the news circles in the US at the moment, but, then I went beyond to a concept that we as a society seems to have lost. Plainly and simply what is right and what is wrong. We spend to much time focusing on how something fits within a Political Position, an economic position, a religious position or a nationalistic position without looking outside to what is the right thing to do. Perhaps if our leaders in Congress, Washington, the Duma etc.. could get away from lobbyists, special interests, irrational fears and simply do what is best for the vast majority of their people, not the minority the World we live in will be such a better place. I am idealistic. Absolutely!! I am thinking Utopian. Absolutely!! Am I being unrealistic. Unfortunately yes!! This Country I now call him was founded on ideals such as these, but, it did not take long for them to get lost. Some examples of what I am talking about starting with my pet peeve:

I could go on and on and fill pages and pages. What would it take to get leaders who will do the right thing irrespective of personal gain? Have leaders who look at the big picture of everyone, not just a small circle that affects them? What would it take for the Political spectrum to look at every issue and say "we are the Government of the People let's do what's right and right for ALL the people"?

About two thousand years ago a guy called Jesus walked the face of the Earth. A series at Church is talking about what if 86'd or took Jesus out of the equation where would Christianity be, or what would it be? The answer is nothing. Now, taking this a step further. Jesus was a historical figure, his teaching recorded in many forms, not just The Christian Gospels. If you believe in God, Jesus is the Son of God or neither, but, just acknowledge that he was a good historical teacher look at his teachings. "Give to the poor", "heal the sick", "live in Peace", "love your enemy as your self", "take care of the little children". This is no different to what two thousand odd years later I have just said. Two thousand years of staggering scientific progress and knowledge. Tremendous technological developments, but, where are we really? In exactly the same position that Jesus talked about as he traveled along the Sea of Galilee.

-Richard
Posted by Richard at 3:43 pm No comments:

Another year older. Where did the last year go?

A birthday for me also seems to be a time of retrospection. Where am I? Where am I going? This year not so much. There is way too much uncertainty for that at the moment.

What was hammered home to me was how lucky I am. A fantastic wife and great friends who love and care for me. In the end what else matters?

-Richard
Posted by Richard at 10:47 am No comments: