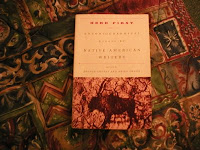 -Richard
Posted by Richard at 10:43 am No comments:

The MLS Season is over for the "new" San Jose Earthquakes. All in all a very good season. The didn't make the play-offs (Neither did DC United and LA Galaxy), which ended up being a disappointment, but, they challenged all the way until the penultimate game and with some luck they could have been there (Cochrane's wrongly disallowed goal within 5 minutes of the first game against the scum, Connor's goal that shouldn't have counted for Colorado and the awful wrong penalty goal against Dallas would have given the 7 points needed aswell as two late goals conceded against Houston and Kansas). Having said that I am proud of the best expansion team since 1998. 33 points, 8 wins and a top 5 defence are highlights. Also, if the league was judged in the "traditional way" of goal difference they would have finished above the LA Scum (-6 vs -7).

It was great to have my team back, and great that they were competitive and above all great that I have something to look forward to next year.

-Richard
Posted by Richard at 11:44 am No comments: 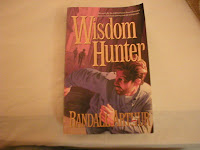 This book surprised me. I am not a big fan of "Christian Fiction" as it comes across tacky and in my opinion is quite often not well written. However, I really enjoyed this book. Why? Simply because it focused on issues that I feel strongly about. This is the legalism that is so abundant in the right wing, "evangelical", part of the Church today. In the story the "hero" is a pastor of a large church who was so rigid and legalistic that he ended up driving his daughter away and eventually she died, causing his wife to die of a "broken will". He eventually after some trials found true. living Christianity and what it is about in his quest to find his grand-daughter who he had never met. For me true, Bible believing, evangelical Christianity is not about a set of rules it is about living a life based on the teachings of Jesus which is compassion, love, forgiveness and equality. If your life is lived this way in a true submission to "The Spirit" the other things will come.

This is also in my opinion why a lot of Ultra-Right, and right-wing evangelicals have it wrong in so many issues. The Christ of the Bible was the ultimate socialist, or communist (of course the atheism of Marx and Engels makes this a bad analogy), for want of a better term. Our human understanding can not grasp the enormity of this concept, but, one only has to read the beginning of the book of "Acts" to see this in practice. So tell me, why is "sharing the wealth" wrong or, "Universal Health Care" wrong? We need to focus on the wider issues, not just the "ethical ones". For example fix the two issues I've listed the problem of abortion will become less because the financial means and other justifications to carry out this will not be there making the decision to save a life much easier...

OK, I didn't mean to go on such a rant on finishing a book, but, there you go. It's something I feel really passionately about!

-Richard
Posted by Richard at 11:30 am No comments: 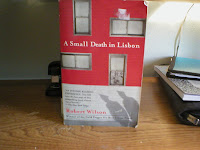 "A Small Death in Lisbon" written by Robert Wilson.

An interesting concept, but, too graphic for my tastes

-Richard
Posted by Richard at 12:32 pm No comments:

So, I finally got to vote in the US yesterday. I took advantage of North Carolina's early voting option. There was still quite a long line and a wait. Voting is also a lot more complicated over here with the different races, both National and local. I had to spend a lot of time researching each one.

Who did I vote for in the big one? I think for those who know me it was fairly obvious, but, I still reviewed all the issues. I meant to go over each on individually on this blog, but, once again time was non-existent. So I will do a quick summary below;

Therefore Obama got my vote. The above is a major, major simplification, but, I at least wanted to express some thought process to my vote.

-Richard
Posted by Richard at 11:55 am No comments:

I did not partake in any of the mini challenges during the read-a-thon, but, I will finish the End of Event Meme.

1. Which hour was most daunting for you?

When I got up at 6am this morning to try and get some reading in.

2. Could you list a few high-interest books that you think could keep a Reader engaged for next year?

I am generally interested in all the books I read. I think reading thrillers this time made it a wee bit easier than last time where I read some non-fiction. Although having said that my "stats" where almost identical to June.

3. Do you have any suggestions for how to improve the Read-a-thon next year?

4. What do you think worked really well in this year’s Read-a-thon?

It was all good.

5. How many books did you read?

Finished three complete books and one I was half way through when I started. I abandoned one after 21 pages because it was not me. I also got about 25% through another.

6. What were the names of the books you read?

Night Judgement at Sinos, See How They Run, Strangers (abandoned), U.S. Marshals, A Small Town in Germany and A Small Death in Lisbon (incomplete - still reading)

7. Which book did you enjoy most?

8. Which did you enjoy least?

9. If you were a Cheerleader, do you have any advice for next year’s Cheerleaders?

10. How likely are you to participate in the Read-a-thon again? What role would you be likely to take next time?

Thanks to all organizers, leaders and cheerleaders. It is nice to just lay back, read and not worry :)
-Richard
Posted by Richard at 9:22 am 2 comments:

I think it's about time I posted the next cats we fostered. 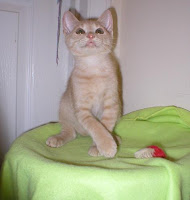 The final total of the event is:-

-Richard
Posted by Richard at 7:01 am No comments:

-Richard
Posted by Richard at 6:00 am No comments:

6:03am Good Morning. Time to finish this challenge off with another two hour session.

-Richard
Posted by Richard at 5:04 am No comments: 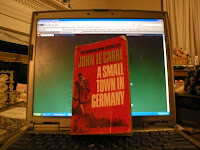 I finished reading: "A Small Town in Germany" written by John le Carre. An interesting, but, very dry book.

Next up "A Small Death in Lisbon" written by Robert Wilson. (451 pages). However, I am really tired and have a busy day tomorrow so I need to turn in for a while. I plan on getting up at 6am to finish up with the last two hours.

-Richard
Posted by Richard at 11:00 pm No comments:

-Richard
Posted by Richard at 8:00 pm No comments:

Over the next two hours I will be watching my San Jose Earthquakes play Kansas City in Major League Soccer whilst I read.

We are going out for dinner at Panera Bread so that we can read whilst we eat. 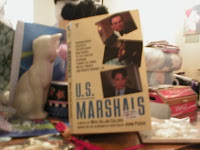 I finished reading; "U.S. Marshals" written by Max Allan Collins. This book was based on the screenplay of the movie by the same name starring Tommy Lee Jones, the sequel to "The Fugitive". This is the first time I ever read a book based on a screen play. It was ok.

I started to read "Strangers" by Dean Koontz. I have never read anything by him so I thought I would try. I do not like the "horror" genre so after 21 pages it was obvious this book was not for me. This the second book this year that I failed to finish after starting.

-Richard
Posted by Richard at 3:02 pm No comments: 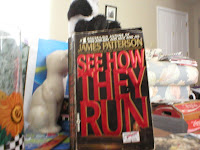 I finished reading: "See How They Run" by James Patterson. An OK book, but, it was way too stop starty for me.

This hour I read 58 pages in 27 minutes (we had lunch, hence less reading time).

-Richard
Posted by Richard at 1:02 pm No comments:

-Richard
Posted by Richard at 12:02 pm No comments: 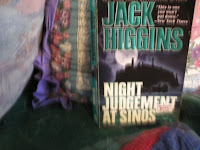 I finished reading:- "Night of Judgement at Sinos" written by Jack Higgins.

I started reading " See How they Run" written by James Patterson. Up to page 9.

Total Pages for the hour 73. Total Minutes this hour44.

-Richard
Posted by Richard at 9:06 am No comments:

So, here it is. The start of the latest 24 hour read-a-thon. Like I said in my original post about this my plan is to read until midnight and then pick up again at 6am tomorrow morning to finish at 8am.

I will be reading as I always do, in the order I buy books, and as I don't look far ahead (one or two max) I really do not know what's coming up. At the moment I am in a whole slew of Thriller/Spy Novels which are light entertainment for me and do not take me long to read.

I will post every hour on how much I have read the previous hour and for how much time.

I am starting of the book I am currently reading: - "Night Judgement at Sinos" written by Jack Higgins. Currently I am on page 149 of 289, which therefore means I have 140 pages left to go in this book. 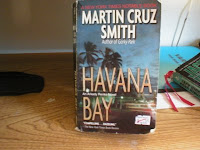 -Richard
Posted by Richard at 11:22 am No comments:

I'm spending a night in New Jersey for the first time in since I first came to the US in 1989. The 10 week trip over here that first catalysed my love for and excitement in this country. I never thought in my wildest dreams that almost 20 years later I would be a Citizen of this Country.

-Richard
Posted by Richard at 8:33 pm No comments:

On this Saturday, October 18th Jenn and I will again be participating in a 24 hour read-a-thon. I know that I won't be able to all 24 hours as we have a Snowflake Animal Rescue Adoptathon on Sunday afternoon, but, I plan to go for 18 hours. I will post every hour on the progress made during the day. 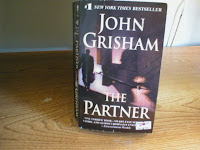 "The Partner" written by John Grisham.

The second Grisham book that I have read recently and again I thoroughly enjoyed it. I think finding out how much I have enjoyed reading him is the surprise of the year from the reading front. When I go to the big Wake County booksale in November I will certainly be looking for more books by him.

-Richard
Posted by Richard at 7:40 am No comments: 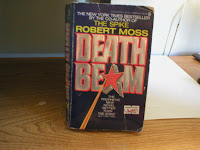 -Richard
Posted by Richard at 4:47 pm No comments:

The long road to American Citizenship is finally over and I am very happy about it. I will post more about this later as the weeks go by and I have more time, but, for now it is done. I am a Citizen of my adopted Country and am registered to vote. All good. 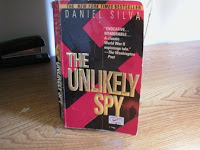 A World War II Espionage Story, which is probably my favourite genre, in my "light" reading books.

-Richard
Posted by Richard at 9:53 am No comments: 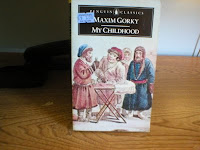 "My Childhood" written by Maxim Gorky.

Back to my favourite genre, or main reading passion - Russia. This book is the first of Maxim Gorky's three part autobiographical series. My Apprenticeship and My Universities are the other two volumes.

-Richard
Posted by Richard at 11:17 am No comments: